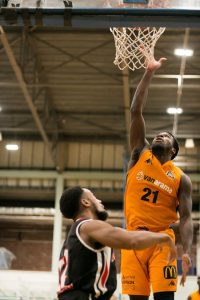 Vanarama-sponsored Hemel Storm recorded their highest score and highest margin of victory as they dispatched Nottingham Hoods 125-87 on Saturday night.

The first meeting between the teams was a very closely fought affair, an 88-85 victory for Storm, and the now departed Lee Hodges hit 24 points. So, a potential banana skin – which ended up as a total team performance with seven players hitting double figures in points. 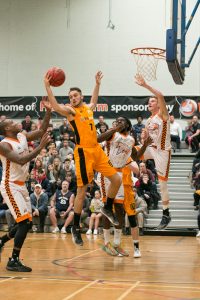 Storm set the pace from the off and raced to a 27-13 first quarter lead as they ran off ten unanswered points. They stretched this to 17 in the second quarter and went in at the break with a huge 60-35 lead. There was no let up as the third quarter ended 91-59 and Coach Spinks was able to get good minutes from his bench as they saw the game out comfortably to secure their hold on second place in the NBL Division One table.

Storm travel to Westminster on Saturday. Their next home game is Saturday 25th January, 7pm tip when the visitors are Derby Trailblazers. Tickets available at www.stormbasketball.net