Today, Storm are delighted to confirm our first four signings for the upcoming season.

Two players return from last season, one player returns to the club after a season away and one new player joins Storm. 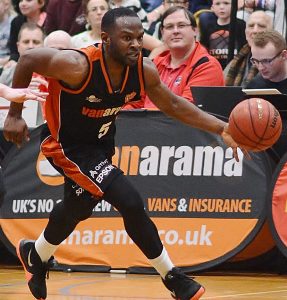 The captain returns for his 8th season with Hemel Storm. We are delighted to announce that Bode Adeluola will be back in Storm colours for the 2019/2020 campaign.

We have loved seeing Bode grow as a player, person and father, and the fans are well aware he is one of the top point guards in the NBL with the ability to get the ball to the open guy, handle the ball and score in a number of different ways on a consistent basis.

The dynamic, competitive and crowd-pleasing point guard led the team to National Cup success and believe with this appointment, we have built the foundation to continue to compete for the league’s greatest honours. 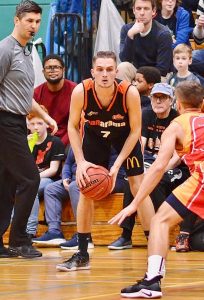 One of the best shooters in the NBL, Jack Burnell, returns for his 5th season with Hemel Storm.

The ex-England u18 has improved year after year playing for Hemel and regularly contributed to Storm’s success over the past few seasons.

Among the best three-point shooters in the League, Jack is a product of the Club’s former junior programme and will look to continue to be a valuable asset to the club’s on court performances and community engagement through Russell Hoops.

Exciting times ahead for the young talent who is loved by the Storm fanbase. 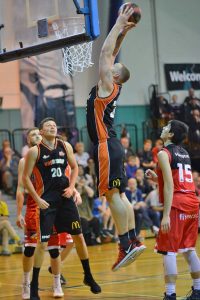 Arguably the most dominating player in the last few seasons, Lee Hodges (previously Greenan), returns to Storm for the 2019/2020 season.

The former Essex Leopards seven-foot centre and Great Britain under-20 will once again lace-up for the Storm and we are thrilled that one of the most efficient and professional players in the NBL will be competing for us again.

Lee was one of the finest players for us two seasons ago and continued his very impressive performances for Leopards last season, consistently posting double-doubles and providing great rim protection on the defensive end.

Furthermore, Lee has a big heart and character, he understands the importance of togetherness and will be crucial for the development of our chemistry. 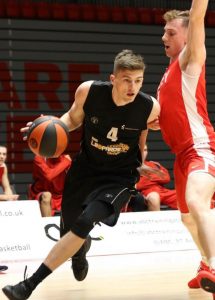 The former Essex Leopards Captain, Great Britain under-20 and Elite Academy Basketball League MVP will be joining Hemel for the upcoming season.

The fans should be incredibly excited by this signing, Newman is one of the league’s finest young talents. Despite still only being 23, his ability to score, assist and play great defence was consistently noticed by all last season and regularly resulted in Player of the Week recognition.

We are most impressed by his maturity and character, leading the Leopards last year and effectively fulfilling the on-court and off-court responsibilities that come with that to a high level.

I am sure we all remember the 26 points, nine rebounds and seven assists game he had against us back in February at the Everyone Active Hemel Hempstead Leisure Centre.

“It’s great to bring Lee back to the club, he was great last season and I believe he can do great things here again, bringing Bode back is good for the team, adds leadership combined with his scoring ability, can really help us win games this season. Jack and Sam established themselves last year and are young up and coming players who I'm looking forward to developing and seeing them grow throughout the season.”