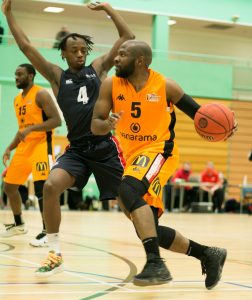 Two wins over the weekend saw Vanarama-sponsored Hemel Storm improve their record to 7 wins and 2 losses and move up to fourth place in National League Division 1.

The second period was much tighter as David Moya hit 7 points for Newcastle but Greg Poleon was finding his range and Tayo Oyefusi made two big threes as Storm went into the break leading 44-36. 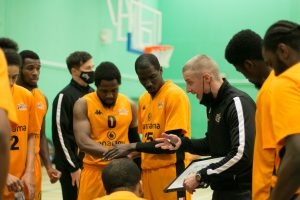 After Newcastle’s slow start, the game was becoming a battle as you would expect from a top side, but Storm were putting in their best performance of the season. Scores were traded but Adeluola was proving unstoppable hitting 9 unanswered points as he took Storm to a 69-46 lead in the third quarter, with Bode having made 15 points as the home side took a 72-55 lead.

Newcastle were not finished, opening the last stanza with a 10-2 run to make a statement that they intended to fight to the end, but Storm responded and Adeluola and Williams controlled the game scoring all of Storm's point in the last five minutes, seeing out the victory 95-78.

As impressive as the offence was, this was the first time Storm had held a team to under 80 points, which was a major step forward for the team.

Leading performers for Storm were Bode Adeluola with 25 points, Greg  Poleon with yet another double double of 24 points and 10 rebounds, Mike Williams 23 points and Tayo Oyefusi with 14. Levi Noel dished out 7 assists. 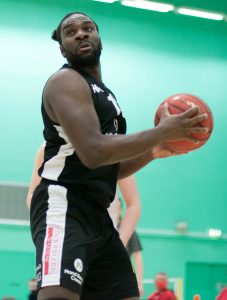 On Sunday the team travelled to the South Coast to take on Worthing Thunder. This appeared to be a less tasking game as Worthing have lost their leading scorer Cameron Hildreth to BBL side Surrey Scorchers-but the reality was very different.

Bode continued his form of the previous night hitting Storm's first 7 points as they led half way through the first quarter but were then held scoreless for two minutes. Five points from Tayo tied the game at 18 each at the end of quarter one.

The second quarter proved as tight as the teams traded scores. The half time score gave Storm a three point lead at 40-37. Storm could not pull away from Thunder. Tom Ward hit 9 points in the third quarter as Thunder took the lead at 59-57. Amazingly all but 4 of Storm's last quarter points were from the foul line as the defences upped their game and Storm led by 2 as the clock ran down but a jump shot from American Zaire Taylor tied the game at 71 and took the tie to overtime.

There had not been more than a couple of points between the teams throughout the game, but the extra five minutes would decide the victors and once again foul shots were crucial for Storm contributing 9 of their 15 points as they sealed victory 86-79, four consecutive free throws from Levi Noel in the last minute proving crucial.

Bode Adeluola again led Storm with 21 points and 8 assists, Greg Poleon had 20 points and 16 boards and Tayo Oyefusi had a double double with 14 points and 12 rebounds.