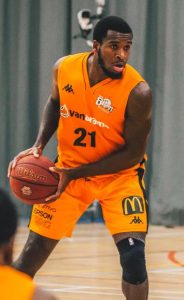 Vanarama-sponsored Hemel Storm improved their record in the new L Lynch Trophy to 2-0 with a victory over near neighbours Oaklands Wolves on Saturday but the game was a lot closer than the final 107-80 score line suggests.

Hemel started strongly racing out to a 15-4 lead and scored freely to hit a huge 36 points in the first quarter whilst conceding 25. The young Oakland’s team were not giving up though and led by the excellent Evan Walshe, who has just returned from a college career in the States, held Storm to just 18 points in the second stanza whilst hitting 23 to trail by 6 at the half 54-48.

Hemel were increasingly reliant on the super consistent Greg Poleon, who used his skills inside and out to keep the scoreboard moving whilst dominating rebounds. 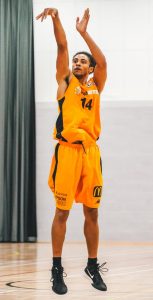 Oaklands are effectively a new team having taken on the Leopards franchise and are a young development team, but they were showing they knew how to play and won the third quarter 19-18 to enter the final period trailing 67-72.

So, it was very much game on as the last ten minutes approached and Hemel needed to step up their game - and they did. American guard Mike Williams took control personally scoring 13 points with just 4 in response in the first 4 minutes of the quarter. The team then hit another 12 with only 1 basket conceded as they extended their lead to 26 points. It was a very different Hemel team who were now scoring at will but as importantly were keeping the opposition from scoring. Coach Spinks ran his bench to see the game out to an ultimately comfortable win but he will not be fooled by the score and will know they will need to step up before next week’s game against League runners up Thames Valley Cavaliers.

Leading performers for Storm were Greg Poleon with a double double of 28 points and 14 rebounds, shooting an impressive 61%, Mike Williams with 26 points and 5 rebounds, a breakout performance from Shaquille Lewis who hit 17 points on 78% shooting and took 4 rebounds. Bode Adeluola hit 12 points and Jack Burnell 14.

Storm’s final round in the L Lynch Trophy is on Saturday, when the also unbeaten Thames Valley Cavaliers are the opponents. Tip off 2.45pm. Both teams have secured a place in the Trophy Quarter Final but this game will decide the winners of their Group and therefore who gets home advantage in that game.