Hemel Storm took a big step towards qualification for the end of season Championship Play-Offs with a battling 95 – 85 win over Kent Crusaders at Sportspace on Saturday.

With two games to play – both at home next weekend – Storm are in seventh place in the National League Division One table and must finish in the top eight to reach the Play-Offs. 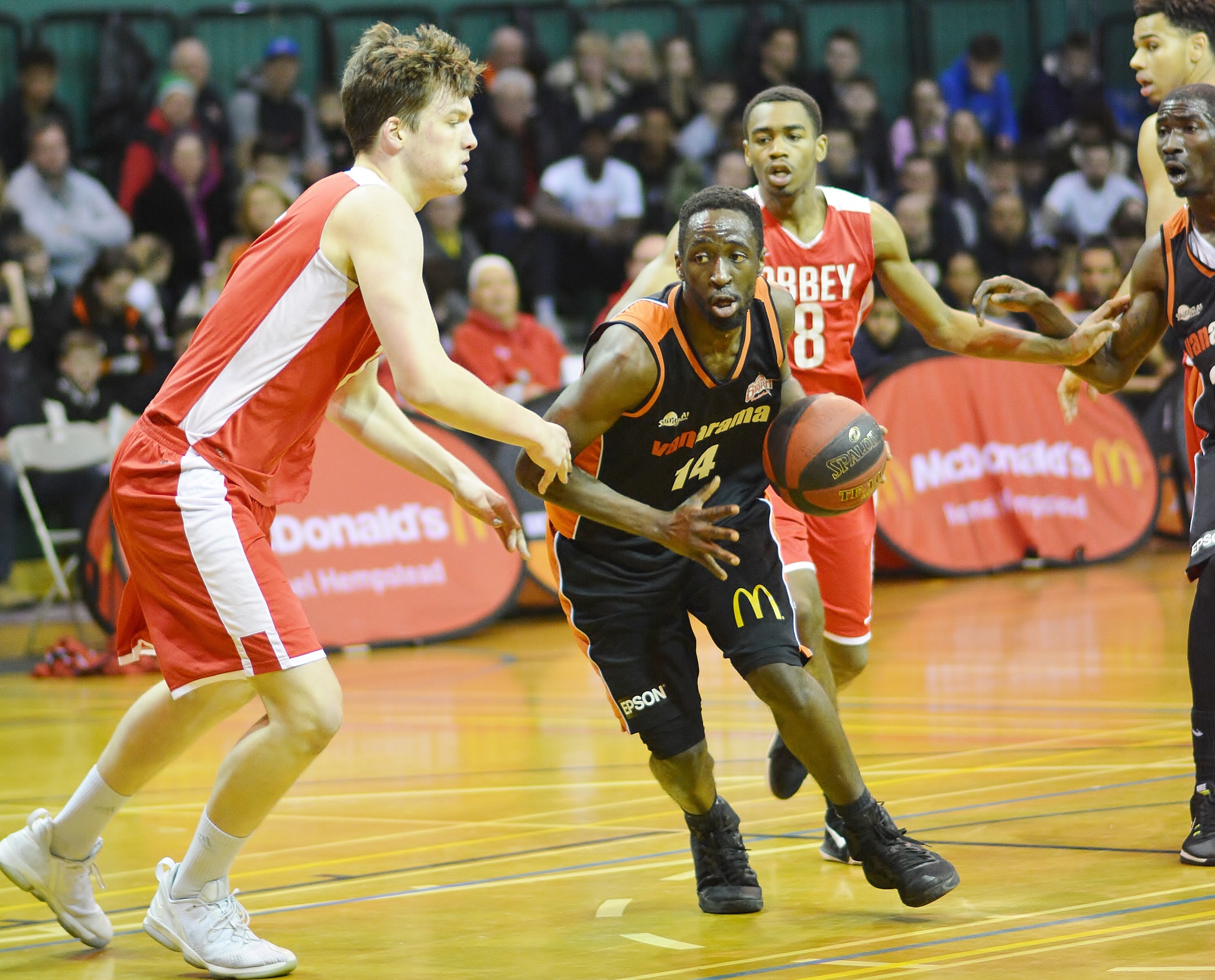 The scores were knotted at 65-all after three periods of play on Saturday before Storm, as in previous games this season, produced a stifling fourth quarter defensive effort to overhaul the visitors.

Inspired by the individual brilliance of their top scorer Wayne Yeboah who sank 15 of his 19 point game total in the last quarter, Hemel not only held Kent to 20 points but combined for 30 points themselves to seal the crucial victory.

Vanarama-sponsored Storm had lost to the Crusaders 76 – 79 in the reverse fixture and the visitors came to Hemel on Saturday having added to their roster 6’ 6” British guard Kalil Irving who previously played professionally in the BBL and Italy. But Irving was targeted by Storm’s intense defence and was held scoreless in 19 minutes of play.

In-form Kent who won their last three contests opened the game with back-to-back triples and kept pace with the home team although they struggled to contain Storm’s seven-foot centre Lee Greenan (19 points and 9 rebounds) and trailed 28 – 23 after the first quarter.

But in the second quarter Kent quickly made up the difference as they found their touch from long range sinking five three-pointers to take a 49 – 48 lead into the second half.

And it was more of the same after the break as Crusaders’ Caleb Fuller (30 points and 6 rebounds) seemed to take over the game and when he sank two free-throws the visitors led by eight, 63 - 55 and Hemel needed a time-out to regroup.

Storm responded well to claw back the deficit and a three-pointer from their American guard AJ Roberts (18 points and 6 rebounds) closed the stanza with the scores tied at 65 apiece going into the last 10 minutes.

Hemel took the game by Storm in the fourth period as their fired-up defence and   aggressive attacks triggered a match-winning burst that at one point saw them open an 83 – 72 advantage on a Mike Darlow three-pointer. Darlow had earlier stolen the ball and after driving the length of the court to dunk fell awkwardly. The crowd was momentarily silenced but applauded as the 6’ 6” forward was helped to his feet.

Storm Coach Robert Youngblood said: “We went away in the second period and early in the third from how we had prepared to play. This was a big game for us and at times I didn’t think we showed enough commitment at the defensive end of the court.

“We should have had a Play-Offs mentality from the tip-off. But then the fourth period happened and we got ourselves back on track. The guys were fantastic behind Wayne’s individual outstanding effort.

“We’re playing with some injury problems at the moment that have affected our rotations but if we can get through next weekend’s games and qualify for the Play-Offs we’ll have a couple of weeks for the niggles to recover and to get ready.

“I don’t care who we meet in the Play-Offs, our team has the potential in one-off games to beat anyone in the country as we proved by our National Cup run and victory. I don’t think any opponent will want to see the Storm black and orange!”

On Sunday a depleted and injury-hit Storm lost 82 – 71 away to Leicester Warriors in a disjointed game that was spoiled for spectators by over-zealous officiating. Six technical fouls were called in a poorly managed fixture.

Storm’s offence dried-up in the final stanza and they recorded only 11 points in a struggle to break down Leicester’s defence, however, Yeboah continued his good form from the day before as he paced Hemel with 17 points, supported by 15 points from Jack Burnell. 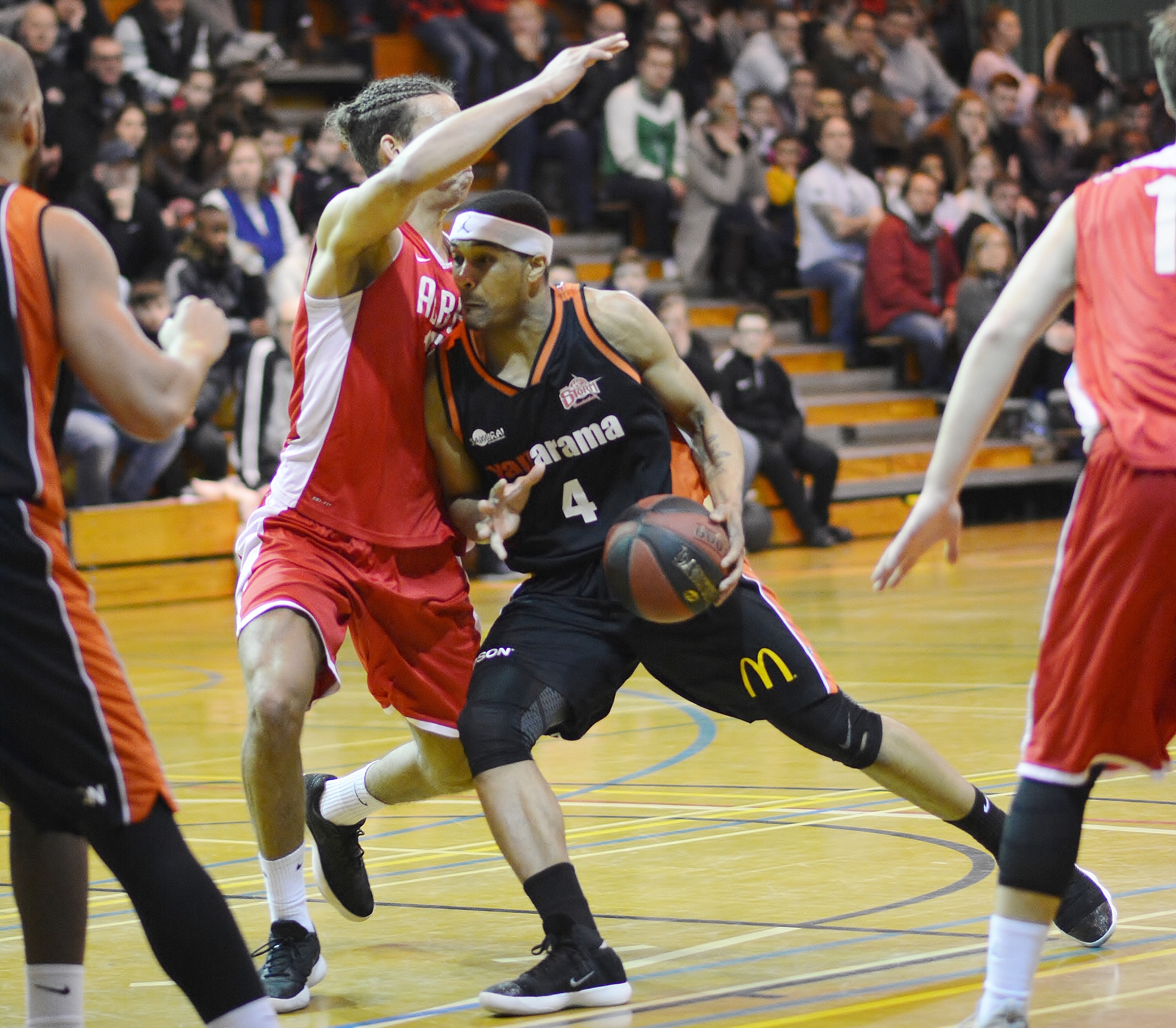 Storm play their final two games at Sportspace this weekend. On Saturday the League’s second placed team, Solent Kestrels, are the visitors (tip-off 7pm), and on Sunday at an early tip-off time of 1.30pm., Storm will face Derby Trailblazers. For tickets and information go to the "tickets & shop" drop-down menu above