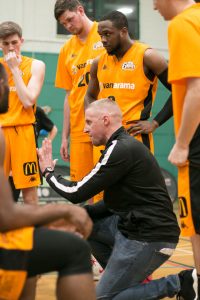 Aside from the outcome of the games that is obviously important to everyone involved and traditionally a metric of success within sports, there have been so many positive strides taken within club operations this season, both on and off the court that could equally define success.

‘Who we are’ and ‘How we do things’ has been a major point of emphasis.

Storm management team, the immense army of selfless Storm volunteers, Club sponsors and partners, the amazing match night presentation and atmosphere, Hemel Hempstead and its rich basketball tradition and of course the club’s amazing supporters . . . this collectively, is success. A massive well done and thank you to all involved.

When the dust settles from the bizarre situation we all find ourselves in right now and the subsequent abrupt conclusion to the 19/20 season, the crucial post season reflection will no doubt provide the club with a really positive springboard heading into the next season for Storm to continue to build and grow moving forward. 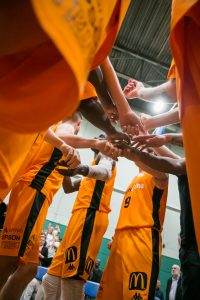 The commitment level from the players was really pleasing throughout the season. Not only with what the fans saw on a weekly basis come match night, but behind the scenes, throughout the weekly grind of the season, each and every evening at practice, from day one in preseason to the final practice of the year. The players were a credit to themselves and the club with their positive and committed approach they brought to the table.

Recognition must go to the players for how they approached each and every opportunity to grow and develop as a team . . . showing clear evidence that they were together, striving for something bigger than themselves - the club. As a coach I really appreciated this level of commitment and ‘buy-in’ from the guys especially taking into account the daily work/life commitments they all have and the personal basketball challenges we put to them.

Some notable highlights for myself this season came in the face of adversity. The StormDome bore witness to some fantastic high level Storm basketball this season but there were also occasions where the outcome didn’t go our way resulting in a few tough losses, these moments often reveal collective character and the players should be proud of their response performances and ‘bouncebackability’ when it could have easily gone the other way.

I would just like to take this opportunity to thank and appreciate the efforts of those within Basketball Operations: Jon, Mike, Dane, Dave, Hannah, Jordan, OSD and Brian . . . nice one.

I think it’s fair to say there have been more ups than downs this campaign and yet still plenty of space and scope to develop and improve as a team - a positive place to be in as a sporting organisation.

Thanks again to all involved.