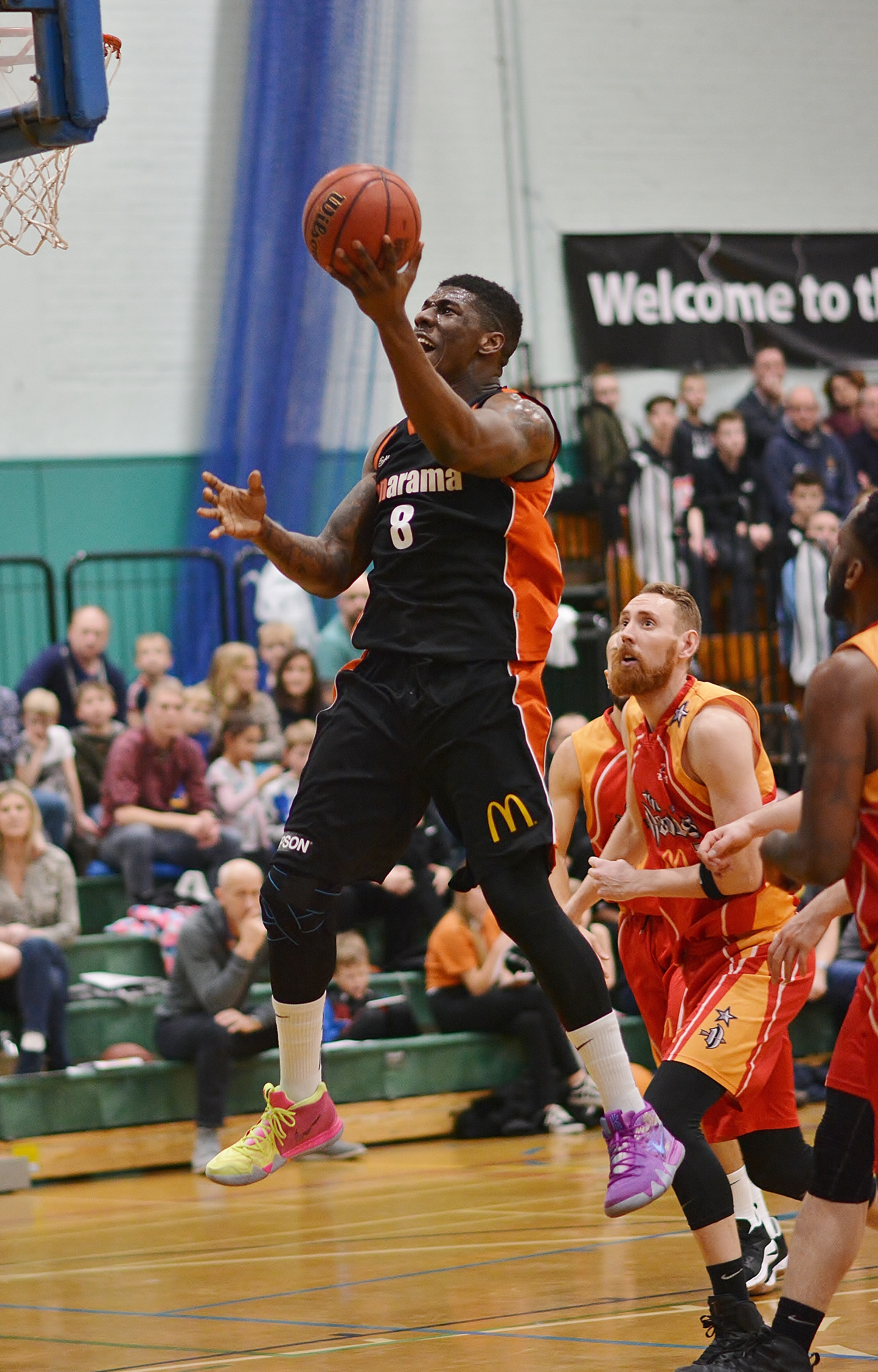 Despite a spirited fight back in the last quarter when they opened a four point lead with two minutes left Hemel Storm were edged 80 – 82 by Nottingham Hoods in a nail-biting National League Division One clash at Hemel Leisure Centre on Saturday in front of a packed house.

Vanarama-sponsored Storm produced a 15 – 6 burst in the fourth quarter on the back of some inspired defence to recover from a 62 – 67 third period deficit and move into a 77 – 73 lead.

But uncharacteristic turnovers and missed shots by Hemel in the final minutes undid all of their good work and resulted in a 9 – 0 run by the visitors who were able to snatch a last-gasp win.

The tough start to the League season continues for Storm as they fall to a 1-8 record tied at the foot of the table and ruing this missed chance to put daylight between themselves and the other strugglers.

Storm’s Head Coach Robert Youngblood said: “The result of this game was firmly in our own hands although you have to credit Nottingham for cashing in on the mistakes we made when we were ahead. It was certainly a game that we expected to close-out and win.

“We had some fantastic contributions by guys coming off the bench throughout the game (combined 36 points) and I thought our defensive intensity and execution was outstanding at times - especially in the last quarter - and this is something we can build on going forward.”

Hemel’s League form is in stark contrast to their National Cup run where they now face the League’s third placed team, Loughborough Riders, away on Sunday in the semi-finals of the competition that Storm won last season.

A cagey opening 15 minutes on Saturday saw the lead change hands as neither team could get a footing in the game until Storm really blew things open with a 16-2 run midway through the second quarter to lead 38 – 28.

But the visitors rallied in the last two minutes of the period to trail by just four points, 43 – 39, at the half.

Nottingham opened the second half strongly going on a 12 – 2 tear of their own and they held the lead for most of the third stanza. With the crowd on the edge of their seats and the game on the line Storm fought back as Leon Henry, Blayne Freckleton and Bode Adeluola all hit the target and Hemel’s pressure defence took its toll on the visitors.

But a combination of turnovers that were converted into scores against them and missed opportunities at the basket by Hemel allowed Nottingham to get back on terms and then claim victory when with the scores knotted at 80 apiece Delaney Powell sank a pull-up jump shot.

Storm’s last home game of 2018 is on Saturday 15th December when the visitors are Manchester Magic. Tip-off 7pm, see www.stormbasketball.net for tickets and information

STORM II GETS ANOTHER HOME WIN

Both teams struggled offensively in an error-strewn first quarter where only six baskets were scored with the visitors just edging into a single point lead at 9 to 8.

Hemel’s forward Rafe Abrook continued his run of good form with another solid performance and his six second quarter points helped Storm to a 25-21 lead.

A defensive adjustment at halftime revitalised the home team and finally their offence kicked into gear.  Nick Allin converted 15 of his 20 point total in the third quarter and Dominic Charles was instrumental in keeping the visitors at bay with an outstanding defensive effort.

But the 13 point lead that Hemel held going into the last quarter was far from comfortable as Canterbury found their shooting form hitting the first 11 points to cut the deficit to just 2 and setting up an exciting last 5 minutes.

A couple of triples from Storm guard Daryl Craine settled the nerves for the home team and saw them through to a hard earned victory.

Coach David Allin said: “It was one of those days where everyone was struggling offensively and it was a game that could easily have got away from us.  But we had some good defensive performances that helped to get us over the line.”