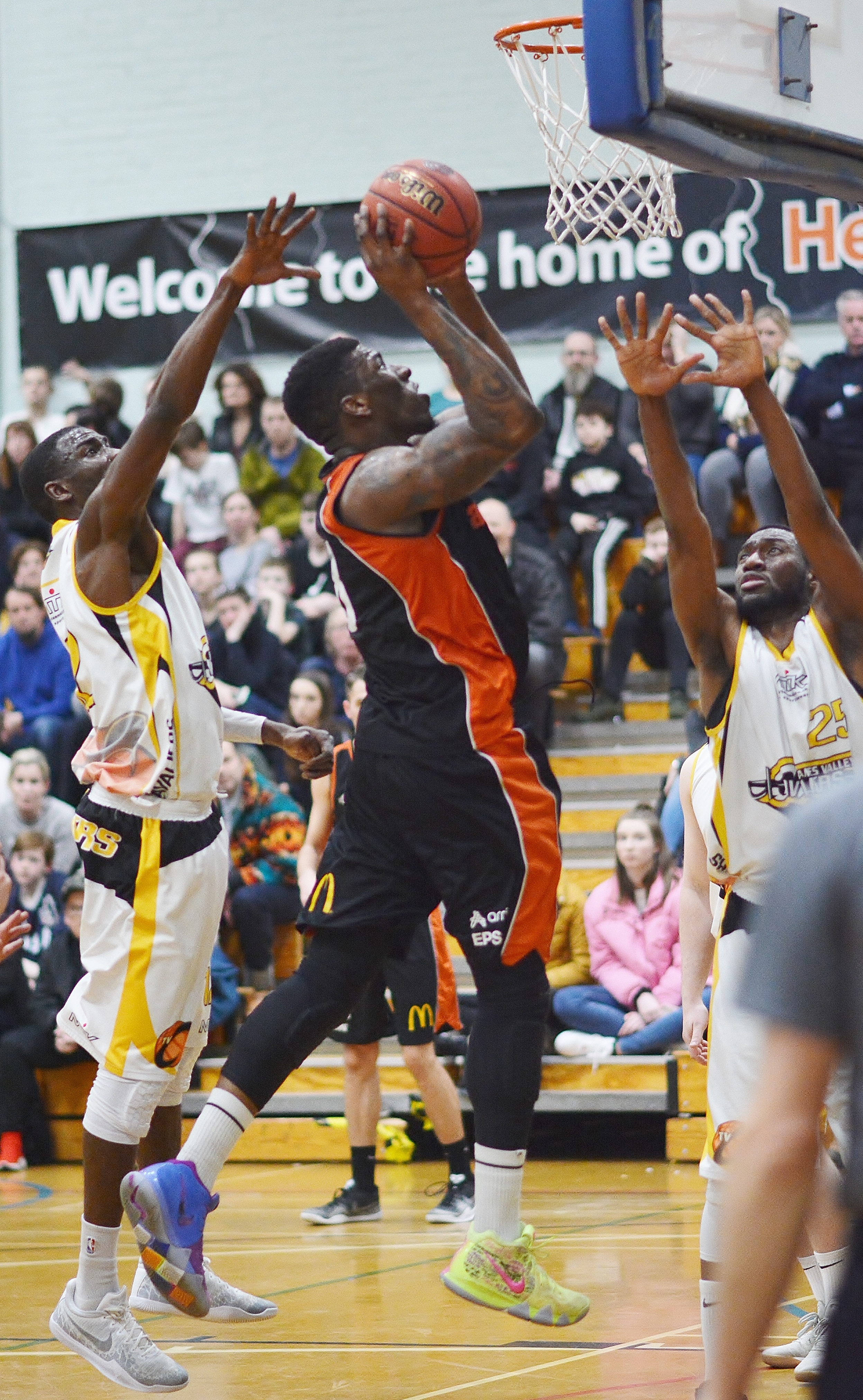 Despite Hemel Storm fighting back from deficits throughout the game their shooting touch deserted them against a talented Thames Valley Cavaliers side at Hemel Leisure Centre on Saturday and they went down 93 – 79.

The National League Division One clash was played in front of a packed crowd against an in-form Cavaliers side that the previous week had toppled League leaders Solent Kestrels.

The visitors got off to a blistering 29 – 15 first quarter start forcing Hemel to play catch-up for the rest of the game.

Vanarama-sponsored Storm responded in the second period winning it 23 – 19, behind 14 points from eventual top-scorer Leome Francis (25 points and 14 rebounds) and an offence orchestrated by Captain Bode Adeluola (12 points, 3 assists).

Although Storm had difficulty matching the visitors’ size and athleticism they did battle well on the boards eventually sharing the rebounding statistics. Hemel’s Francis and Tom Adorian (10 boards) led their team’s fight for missed shots.

But Storm’s defensive lapses which have been their Achilles heel so far this season, and shooting at a relatively low success rate of 39 percent, was the story of the game.

Hemel’s Head Coach Robert Youngblood who substituted freely throughout the fixture in a bid to find a successful combination, said: “The crowd was fantastic and behind us on every possession; we were only down ten at half-time and everyone in the locker room knew we hadn’t done ourselves justice.

“We felt that if we could take better care of the ball, compete on the boards and execute 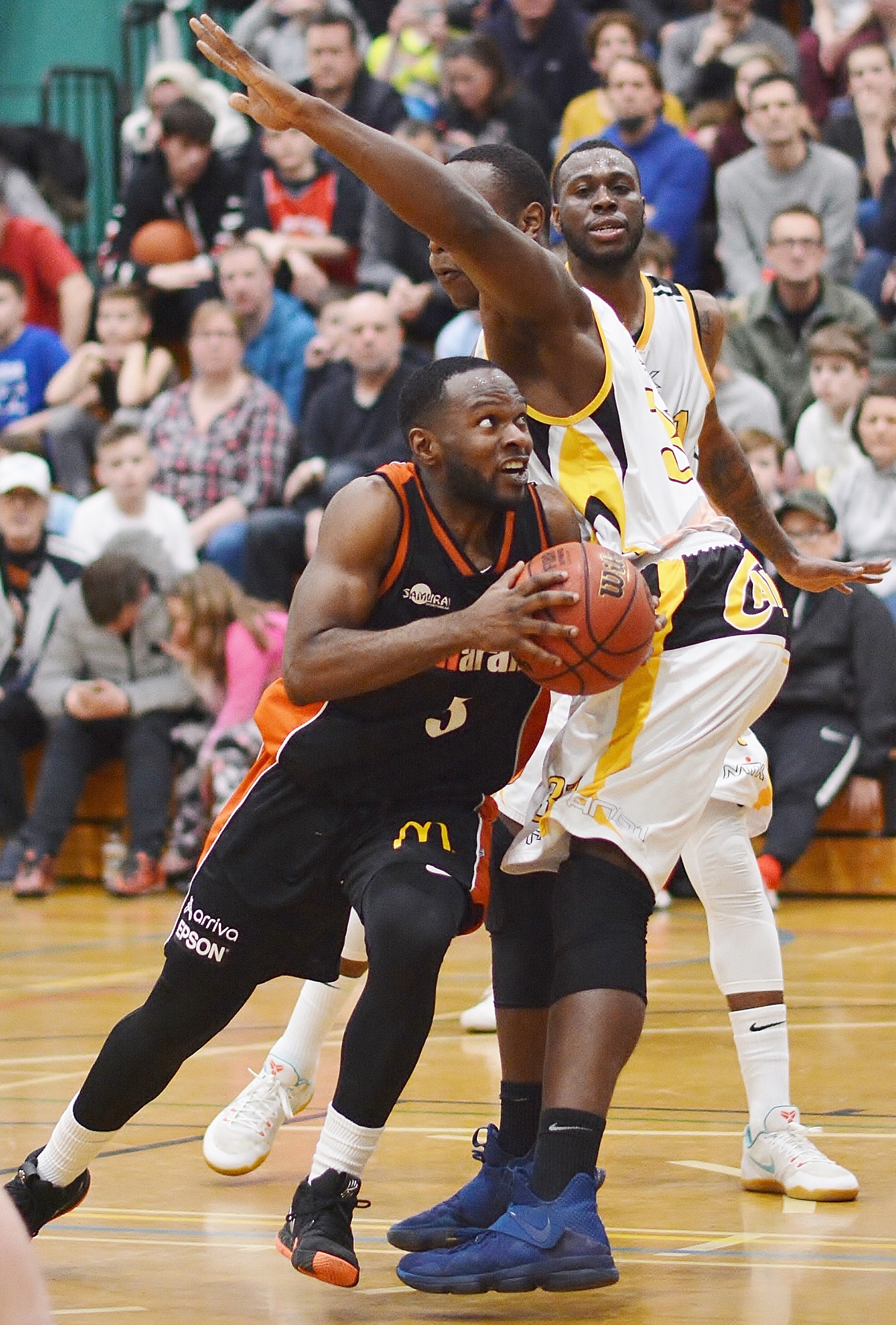 on offence then our shots would begin to fall and give us a chance to win. But it wasn’t to be.

“You can credit Cavaliers too for taking us out of what we wanted to do on offence, but we should have adjusted better.

“We’re working hard each week to improve and we have a laser-like focus now on getting out of our current position and on heading towards a Play-Off spot.”

Hemel remain in thirteenth place in the League on a won 3, lost 9 record and in one of the two relegation spots along with basement side Manchester Magic. But they still have another fourteen games to play to turn things around.

Next Saturday’s scheduled home game against Reading has been rescheduled to Sunday March 17th, which leaves Storm without a fixture and two weeks to prepare for their vital clash with tenth place Team Newcastle. Storm lost narrowly, 80 – 83, to the North-East side in November and will look to get their recovery started in front of their home fans. The game tips-off at 7pm on Saturday February 2nd. For tickets and information go to the "tickets & shop" tab above.