Storm battle through to hold onto second place 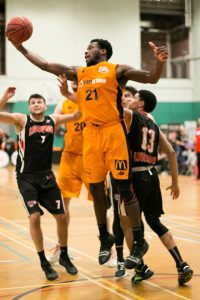 Vanarama-sponsored Hemel Storm held on to second place in National League Division One with a 94-85 victory over Liverpool on Saturday night in a game that wasn’t decided until the last two minutes.

Liverpool arrived bottom of the table but quickly settled into their groove opening up a 14-11 lead. Storm pulled this back to 21-22 at the end of the first quarter but the tone was set – this was a contest.

Storm appeared to have broken the game open in the second ten minutes as American Mike Williams found some shooting range with two consecutive 3 pointers. At the end of the period Storm led by 10, 50-40.

Liverpool were not done. Onuora hit two consecutive baskets at the start of the second half and Reiss Haggith hit two long range shots as the Storm lead disappeared. The visitors were now shooting the ball very well, no matter what defensive system they faced and outscored Storm by 2 to 1 in the period as they turned a 10 point deficit into a 2 point lead by the end of the third stanza. 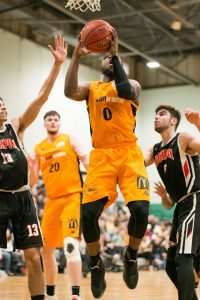 There was to be no let-up in the fourth as the teams traded baskets and half way through the last period the teams were tied at 78. Storm needed inspiration and found it in captain Bode Adeluola as he hit two 3 point shots. As Liverpool tried to reply Storm got out on the break and Greg Poleon hit 6 straight points including two huge slams to put the game away.

The lead changed hands an incredible 19 times and there were a further 11 ties. The teams both shot 44% but Storms dominance on the boards eventually told as they took 12 more rebounds than their opponents.

Storm were without their big man Lee Hodges who over the Christmas period decided to leave Storm for personal reasons. Everyone at the Club would like to thank him for his contribution to the season so far. We are actively looking for a replacement and hope to have further news soon.

Storm are away for the next couple of weekends. Their next home game is Saturday 25th January, 7pm tip when the visitors are Derby Trailblazers. Tickets available at www.stormbasketball.net