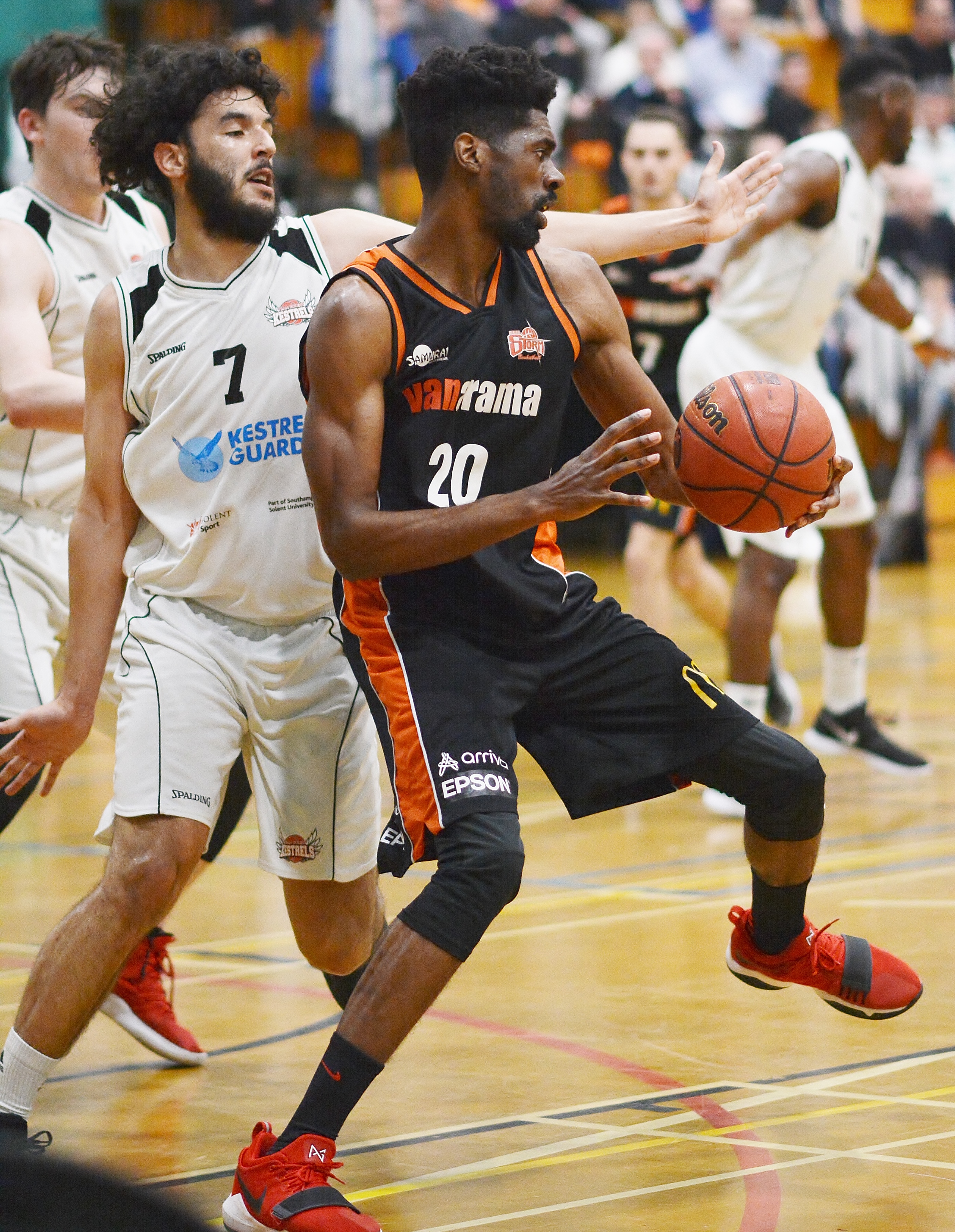 Injury hit Hemel Storm moved up two League places to tenth spot after picking up a crucial 98 – 90 National League Division One win in Bradford on Saturday but falling 101 – 81 at home to second placed Team Solent Kestrels the next day.

In a close encounter against Bradford, Hemel’s impressive American TrayVonn Wright and guard Blayne Freckleton combined for 62 points to lead their team to victory.

Bradford beat Hemel 114 – 84 in the reverse fixture back in November but since then have had a spectacular drop in form and are winless in their last nine games and currently sit eleventh in the table.

Wright’s 37 points and 11 rebounds on Saturday and 32 points, 11 rebounds on Sunday earned him the ‘NBL Player of the Week’ award from Basketball England, the sport’s governing body.

It was a gutsy win against the Dragons for a Vanarama-sponsored Storm side without their powerful starting forward Leome Francis and a 16 minute contribution only from point guard Bode Adeluola who was injured on a trademark drive to basket. Adeluola sat out the rest of the game and didn’t play on Sunday.

Although Hemel struggled in the opening exchanges they quickly settled and were able to open daylight between the teams to go ahead 51 – 44 by the half-time interval.

Storm built on their lead in the third stanza and a Freckleton three-pointer put them 65 – 54 ahead. But the home team got back on terms with an 8 – 0 run of their own before Richard Sulcs converted a free through to close the gap to just one point at 85 – 86 with two minutes left in the game.

But Hemel held their collective nerve and Levi Noel and Wright scored all of their points in the closing minutes as the Dragons were made to pay for sending them to the free-throw line.

A delighted Head Coach Robert Youngblood said: ““It was the best I’ve seen us communicate on defence all season.

“I thought we played really well as a team and also had terrific individual performances from TrayVonn and Blayne”.

Solent Kestrels came to Hemel Leisure Centre on Sunday having been toppled from their first place in the League following a 74 – 85 loss to Derby Trailblazers the previous night.

The home team matched Solent in the opening exchanges but a barrage of three-pointers – ten in the first half – gave the visitors a 57 – 42 cushion at half-time.

A Storm rally in the third period was countered by Solent as they sank five more triples to extend their lead. 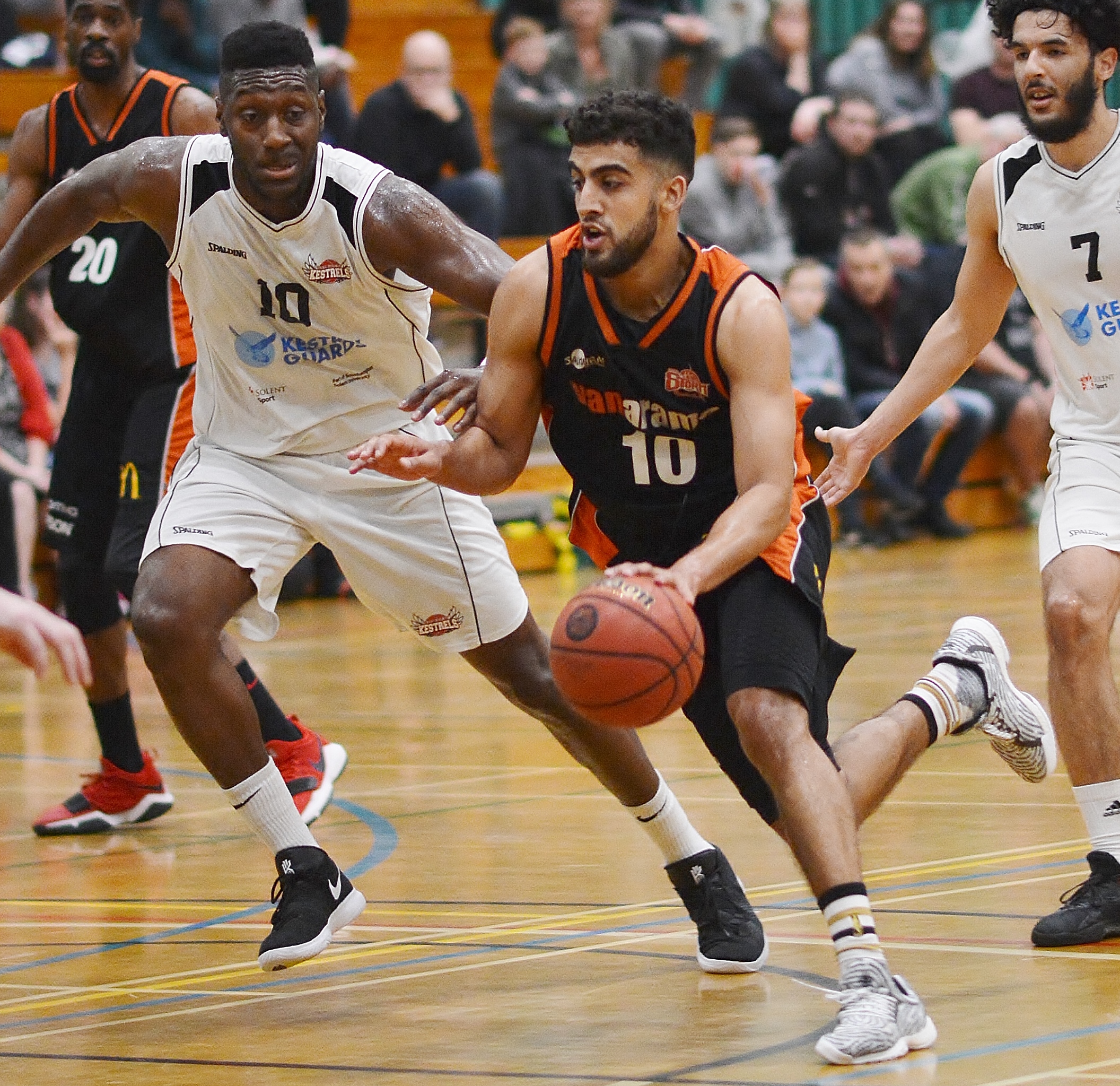 “We started well against Solent but tired legs began to kick in and we couldn’t make a jump shot,” said Coach Youngblood.

“It didn’t help being down two of our key guys (Adeluola and Francis). We particularly missed Leome’s strength around the basket as Solent were physical inside.

“I was happy with our overall effort though and Jack Burnell in particular was really impressive over the weekend.

“I thought that we were really focused and engaged in both games.”

Storm are at Hemel Leisure Centre on Saturday when they take on Barking Abbey Crusaders in another crucial match-up, tip-off 7pm. For tickets please go to the "tickets and shop" tab above.

And on Sunday, Storm travel to Brentwood to take on Essex Leopards, tip-off 4pm.