Storm slip-up at Barking despite fight back 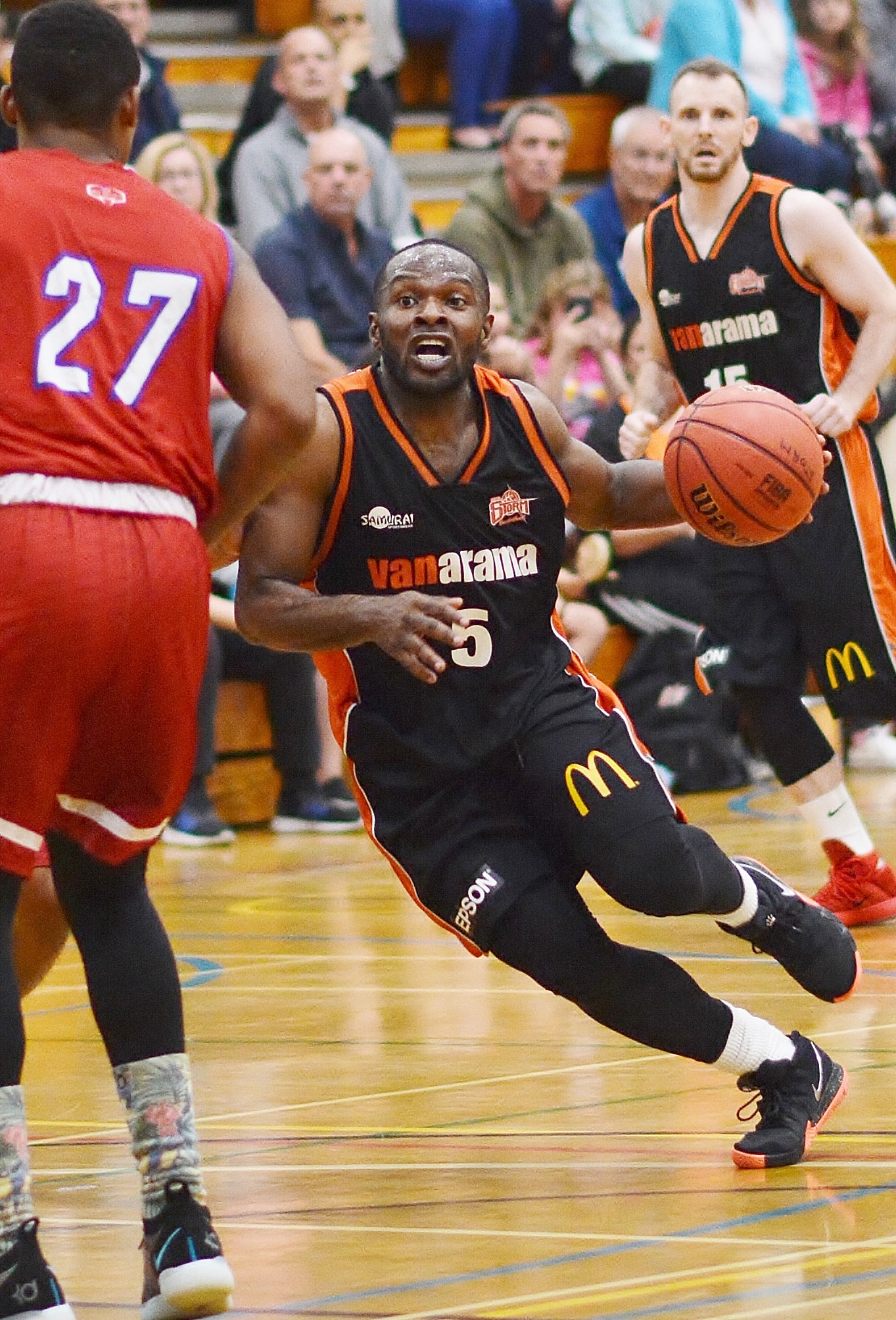 Hemel Storm’s Jekyll and Hyde season continued on Saturday as they lost 92 – 85 away to tenth-placed Barking Abbey Crusaders in a National League Division One clash just a week after convincingly beating second-placed Worthing Thunder in the quarter-finals of the National Cup.

On Saturday after an even first period Storm’s Leome Francis, Blayne Freckleton and Leon Henry combined to push Hemel into a double-figure lead at 33 - 21 before a late rally got the young home team back on terms, 44-all, as the half-time buzzer sounded.

Both teams were careless with the ball and shot poorly after the re-start but it was Barking that was able to get extra possessions through their aggressive offensive rebounding eventually grabbing 49 to Storm’s 29 for the game.

The Crusaders produced a 12 – 0 run late in the third stanza and looked in control but a spirited Hemel fight back closed the gap and on a Freckleton lay-up and Tom Martin jump shot they trailed 63 – 71 to set-up a tense final period.

Penetrating drives by Storm’s eventual top-scorer Bode Adeluola (22 points) and two triples from Blayne Freckleton (20 points) got Hemel back to 75 – 79 and the momentum swung decisively to them forcing the home team’s Coach Lloyd Gardner to call time-out.

From the restart the Crusaders ran off six points without reply. The sides then swapped baskets but with just over a minute to play a triple from Storm’s Levi Noel cut the margin to just four points, 82 – 86. But that’s as close as Storm could get and a string of free-throws by the home team gave them the win.

Storm slipped to eleventh place in the table and a disappointed Hemel Head Coach Robert Youngblood said: “We were poor and just didn’t play the way we’d trained during the week. Rebounding and turnovers really hurt us.

“Barking had 13 more shots than us because of the offensive rebounds we gave up. I told the guys that to lose games because you’re out-hustled is just not acceptable at this Club. They (Barking) just played harder than we did and that can’t happen again. And we turned the ball over 23 times which is our worst number this season.

“We saw what we’re capable of last week against Worthing so we’ve got to bring that attitude to every game from now on.”

Storm are at Hemel Leisure Centre this Saturday (December 1st ) when the visitors are Nottingham Hoods who are currently eighth in the table,  tip-off 7.00pm.  For tickets go to the "tickets & shop" tab above.

Hemel Storm’s second team came out on top in a nail-biting finish against Canterbury Crusaders.  The visitors were on an excellent run of form in the league losing only one of their opening six games but it was Hemel who took the initiative against a youthful and well-drilled opponent.

Despite some unusually poor perimeter shooting Storm raced to a 17-10 first quarter lead on the back of some impressive work around the basket by veteran forward, Rafe Abrook.  Hemel extended their lead to 20 by half time as their stifling defence held Crusaders to just 24 points.

But this was truly a game of two halves as Canterbury found their scoring touch and began to reduce the deficit.  Former Storm first team captain Simon ‘Spud’ Kearney delivered a typically composed performance and helped to keep the scoreboard ticking over for Hemel with six triples.  However, Crusaders relentless offence was now firing on all cylinders and in the last minute they tied the scores at 76.

With 3 seconds remaining Nick Allin got free on the baseline and his jump shot found the bottom of the net to re-establish a slender lead.  The visitors still had time to respond and took a time-out to design their play for a final shot but the resulting three point attempt bounced off the iron as the buzzer sounded.

A relieved Coach Allin said: “In the first half we played some of our best defence of the season but I knew Canterbury would come back at us in the second half.  They had all the momentum going into the last couple of minutes and we showed great character to hold our nerve and get the win.”