Hemel Storm cruised to a crushing 118-94 victory over Westminster Warriors on Saturday night at the StormDome. Warriors were promoted from Division 2 as runners up having spent a single season outside the top flight. 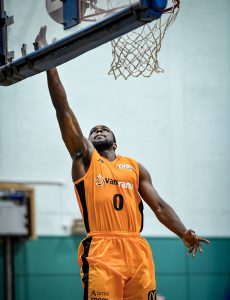 Vanarama-sponsored Hemel Storm, playing without the injured Ollie Dykes, started with an impressive defensive effort, limiting the visitors to just 12 points in the first ten minutes.  Storm’s new American guard Mike Williams, making his debut appearance after receiving international clearance,  started in style as he poured in 25 points in just 17 minutes of court time at an impressive 67% success rate. Williams added four assists and was one of seven Storm players to finish in double figures as Dru Spinks’ side never looked back after the 29-12 first period. That lead grew to 65-41 at half-time before any hopes of a comeback were ended with a 30-25 third quarter.

Storm big man Lee Hodges added three assists to his 23 point, 14 rebound double-double, shooting an amazing 100% from the floor - a very rare stat! Sam Newman and Jack Burnell each finished with 14 points, the former chipping in with four assists. Bode Adeluola had five assists to go with his 13 points while American Greg Poleon had a 10 point, 17 rebound double-double and Will Ashby added 12 points 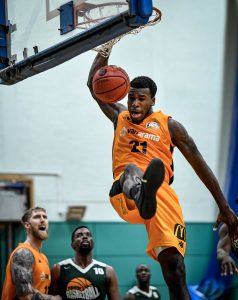 A successful sight all round with a dominant rebounding performance, taking 20 more boards than their opponent, and shooting a season high 56%., including 40% from the three point line. The only concerns for Storm will be conceding 94 points after just 12 points conceded in the first quarter, and missing 6 of their free throws.

Storm move to a 3-0 league record and will face a strong challenge next weekend as they travel to Derby for their next league game.