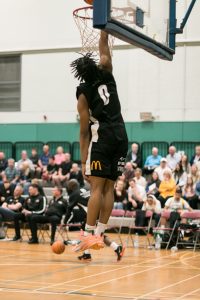 As it was an exhibition game, Storm gave debuts to University of Hertfordshire Storm players, Ilias Taiwo, Kavell Hawes and Emmy Osisioma who all showed what they were capable of. A highlight play from the game saw Kavell throw the ball up for Ilias to complete the alley oop near the end to help Storm claim victory.

It has been a great season that has seen our fan base grow week on week. We look forward to welcoming everyone back to the StormDome for the start of the season in September, but before that there is the small matter of a Playoff Final taking place on Sunday in Manchester!

The biggest game of Storm’s season sees a matchup against league champions Solent Kestrels. We are excited that many fans are making this trip with us. For full details of the final please visit: www.stormbasketball.net. 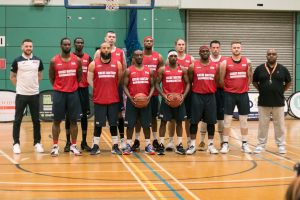 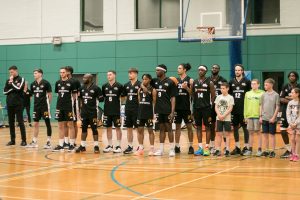