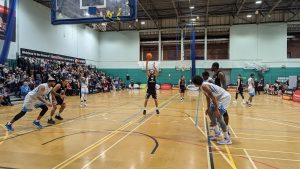 Saturday’s game saw Vanarama-sponsored Hemel Storm face Oaklands Wolves, a team that sat second from bottom with 1 win and 9 losses. Storm did not disappoint, winning by a massive 72 points in a 133-61 win.

It was very much an all-round team performance with 8 players scoring double figures. After a long Christmas break, there were no signs of rustiness in the team and they played every quarter with discipline and class.

In terms of scoring, Storm enjoyed the second quarter winning it 41-12 after many missed shots from Oaklands and good defence from Storm alongside some brilliant offensive play, as many players saw joy in and around the three point arc.

Storm continued in style in the fourth quarter with the final score being 133-61. 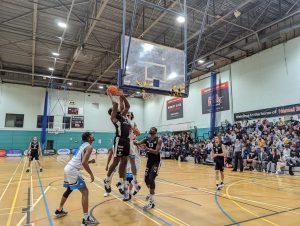 This win keeps Storm 3rd place with a 9-3 record, behind Solent Kestrels and Worthing Thunder. They head away in a tough fixture on Sunday 16th January 4:30pm tip against Thames Valley Cavaliers in an important game in Storm’s season.

As for the next home game, they face Loughborough Riders on Saturday 22nd January, where they can hope to carry on their impressive home record this season. The game tips at 7pm and tickets to the game are available online at www.stormbasketball.net or can be purchased at the door on the night.