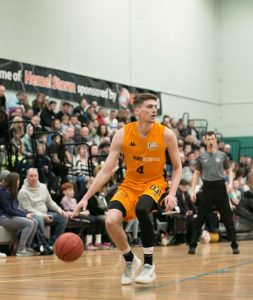 A much-improved shooting performance allowed Vanarama sponsored Hemel Storm to snap their three game losing streak and record a comfortable 105-82 victory over the visiting Bradford Dragons at a packed StormDome on Saturday night. Having shot just 33% last weekend, they shot 56% and limited their opponents to just 41%.

Storm raced out into a 10-0 run, a margin they were not to relinquish throughout the game. Storm, and particularly Sam Newman, were getting out on the fast break consistently and converting easy baskets, hitting 24 points on the break. They were also proving deadly from long range, hitting an impressive 12 three-point shots. Mike Williams drained 5 and Newman 3 at over 50% success rate, including one amazing shot from Williams taken from his own three-point line that travelled three quarters of the length of the court before swishing through the net on the stroke of half time. An amazing shot that no one in the huge crowd will ever forget! 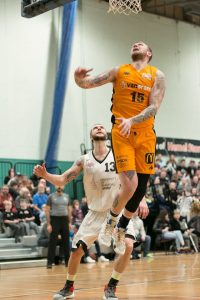 Bode Adeluola was penetrating the defence at will and the Storm offence was varied and effective. Multiple switches of defence made Bradford work hard for every score, although the impressive Ricky Fetske led all scorers on the night with 24 points whilst grabbing 14 rebounds, supported by Ric Sulcs with 19 points.

Storm led throughout and stretched the lead to 28 points in the third quarter. The Storm bench made a positive contribution of 27 points, notably Jake Murphy who played a season high 16 minutes and hit 10 points without missing a shot.