You’ve Had Four – Are You Ready For Two More?

Well we won’t keep you waiting then! Storm are delighted to announce a fans favourite returning and an exciting new signing. 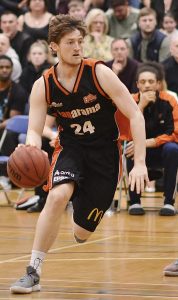 The Storm Troopers’ Player of the Season returns for his 2nd year with the club. We are really pleased that Will be re-joining the team for the 2019/2020 season. The former London Lions and Essex Leopards player provided a great outside threat last year and consistently demonstrated his ability to play relentless defence on the opponent’s best player.

Will suffered a horrific injury in Storm colours last season and the team greatly missed his presence at practices and within games, a full season with Ashby fully fit will be great for the roster and the fans will continually get to witness one of the most experienced and competitive guards in the NBL. 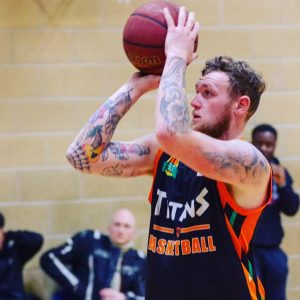 Another new face, by the name of Jake Murphy, will be kitting up for Storm for the upcoming season.

Jake, who competed for Greenwich Titans last year in NBL Division Two, averaged 20.5 points, 7.1 rebounds and 2.8 assists and regularly performed at a high level against the Division’s top teams. In one particular game against London United he scored 36 points and pulled down nine rebounds, but arguably his most notable performance came against newly promoted Liverpool, he finished with 26 points and seven rebounds.

We are delighted that the 6ft 5 inch forward will be joining us and look forward to watching him take the next step in his basketball journey.