Hemel Storm are through to the National Championship Play-Off Semi-Final after a pulsating game in Southampton on Sunday when they defeated the number two seed Solent Kestrels 82 – 72 in the biggest upset of the weekend’s fixtures.

Hemel will now play at Sportspace on Saturday against Reading Rockets for a place in the Championship Final, tip-off 7pm.

The venue at St Mary’s Leisure Centre was packed and included several hundred Storm fans who travelled to support their team against a talented Kestrels side that Hemel had lost to twice in the regular National League Division One season.

Solent who won the National Trophy and had the same won-lost record as League Champions Loughborough Riders but missed out on the title because of their head-to-head results, were clear favourites to advance against the seventh-placed Hemel.

All five Storm starters scored in the opening quarter and it took a time-out by the home team’s coach Matt Guyman half way through the period to settle his team. Solent gradually clawed the deficit back with triples from Elliot Dadds and Tayo Oyefusi and trailed 18 – 23 at the end of the period.

But Hemel were playing inspired basketball, executing well on offence, hustling on defence and grabbing the rebounds from Solent’s pressured missed shots.

“We just didn’t like the way we’d lost to them at home a couple of weeks ago in the League,” said Hemel Coach Robert Youngblood.

“They played harder than us that night and that’s just not acceptable at our Club especially in front of our own great fans, so although we did prepare well and make some crucial technical adjustments for the game, I think we were just mentally and physically tougher than the last time we played them.

“Our team attitude was fantastic.”

After the 101 – 87 home defeat Coach Youngblood had remained positive and said at the time: “We’ll re-group now, get our injuries and niggles sorted out and prepare for when we see them again in a couple of weeks in the Play-Offs. We have a great opportunity to make amends.”

And a key player returning from injury for Storm was Dave Ajumobi who took to the court in the second period on Sunday after missing the home clash with Kestrels. As the team’s traded baskets Ajumobi scored seven of his 14 points including a three-pointer and helped contain and frustrate Kestrel’s impressive American Joe Tagarelli who’d poured in 30 points and grabbed 15 rebounds in the previous game but was restricted to just 14 points and five boards this time out.

Storm went into the locker room at half-time with a slim 40 – 35 lead but just four minutes after the restart Kestrels, led by American guard and eventual top scorer Herman Senor (27 points and seven assists), had gone on a 13 – 2 run to lead 48 – 42.

A Storm time-out righted the ship as  top-scorer Roberts (19 points and six assists) and Darlow combined for eight points without reply to put their team back in front 50 – 48.

Like two prize-fighters each side landed blows to take single point leads in the closing minutes of the stanza but the period ended with Storm’s Adorian sinking a  jump-shot and two free-throws to restore his team’s edge at 58 – 55.

With three minutes left in the game Solent’s Jake Eynon nailed a long three-pointer to put Solent 69 – 66 ahead but in a deafening atmosphere Hemel’s tenacious, lock-down defence took over at exactly the right time.

Solent came up empty on a series of crucial possessions while Hemel – sparked by seven points from Adeluola – went on a 13 – 0 run that sealed the victory.

As the final buzzer sounded Hemel’s supporters rushed on court to celebrate a hard-earned but well-deserved win and a place in the final four of the Play-Offs. 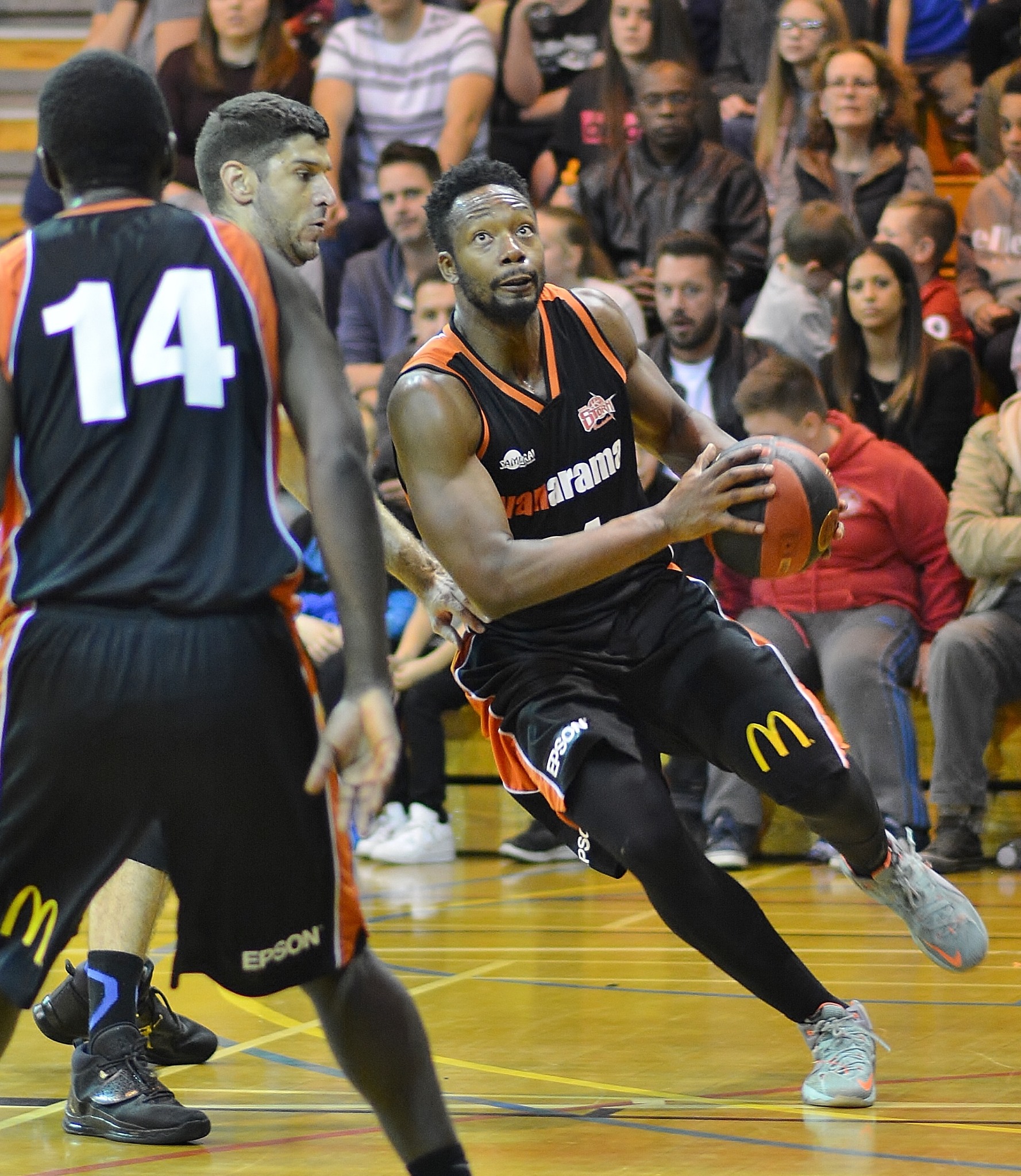 Loughborough Riders will now face Worthing Thunder in the other semi-final.

Storm will play Reading Rockets at Sportspace on Saturday, tip-off 7pm. For tickets and information go to the "tickets & shop" drop down menu above.