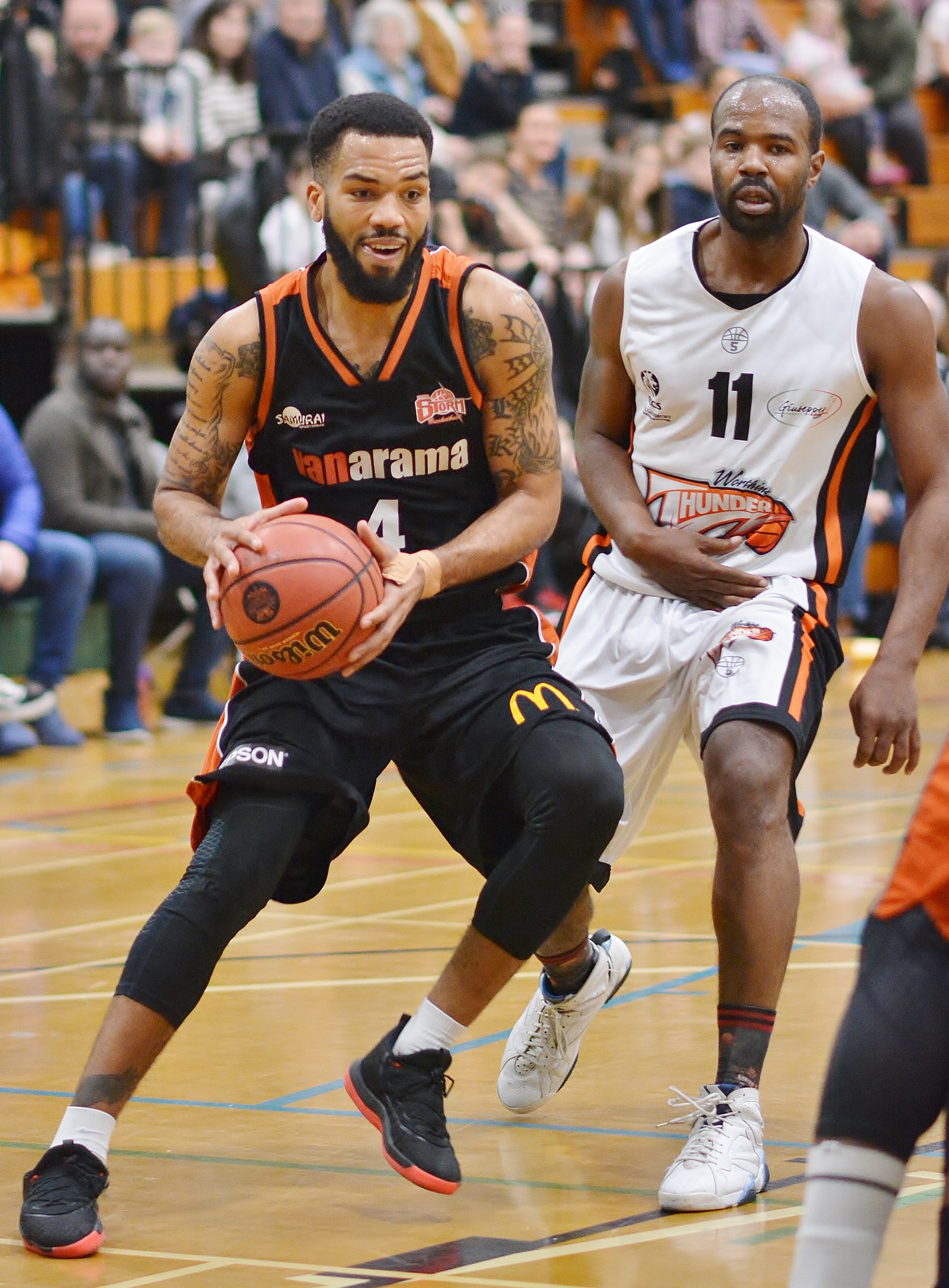 Hemel Storm pulled off a dramatic upset on Sunday afternoon at Hemel Leisure centre defeating Worthing thunder 95 - 83 to advance in style to the semi-finals of the National Cup and get their stuttering season back on track.

Worthing came into the game as firm favourites having lost only once this season and sitting in second place in the National League Division One table. The game looked to be going to form as they led 48 - 42 at half-time behind 30 points from former BBL MVP Zaire Taylor.

But a sensational third period saw a re-energised Hemel roared on by a packed crowd turn up the heat defensively to hold the visitors to a meagre 9 points while pouring in 32 themselves and go into the final period 74 - 57 ahead.

“It was a great team effort,” said Storm Head Coach Robert Youngblood, “everyone was locked in and of course holding Taylor to just 3 points in the second half swung the game our way. Levi (Noel) did a terrific job individually on him but he had help from everyone else too whenever it was needed.

”Our fans were fantastic tonight, I thought the roof was going to come off!”

Storm who are currently tenth in the National League table with a won one, lost six record are the current national cup holders. They are on a mission to retain the silverware they won in London last year and now go into the semi-finals draw with Loughborough Riders, Essex Leopards and Solent Kestrels. 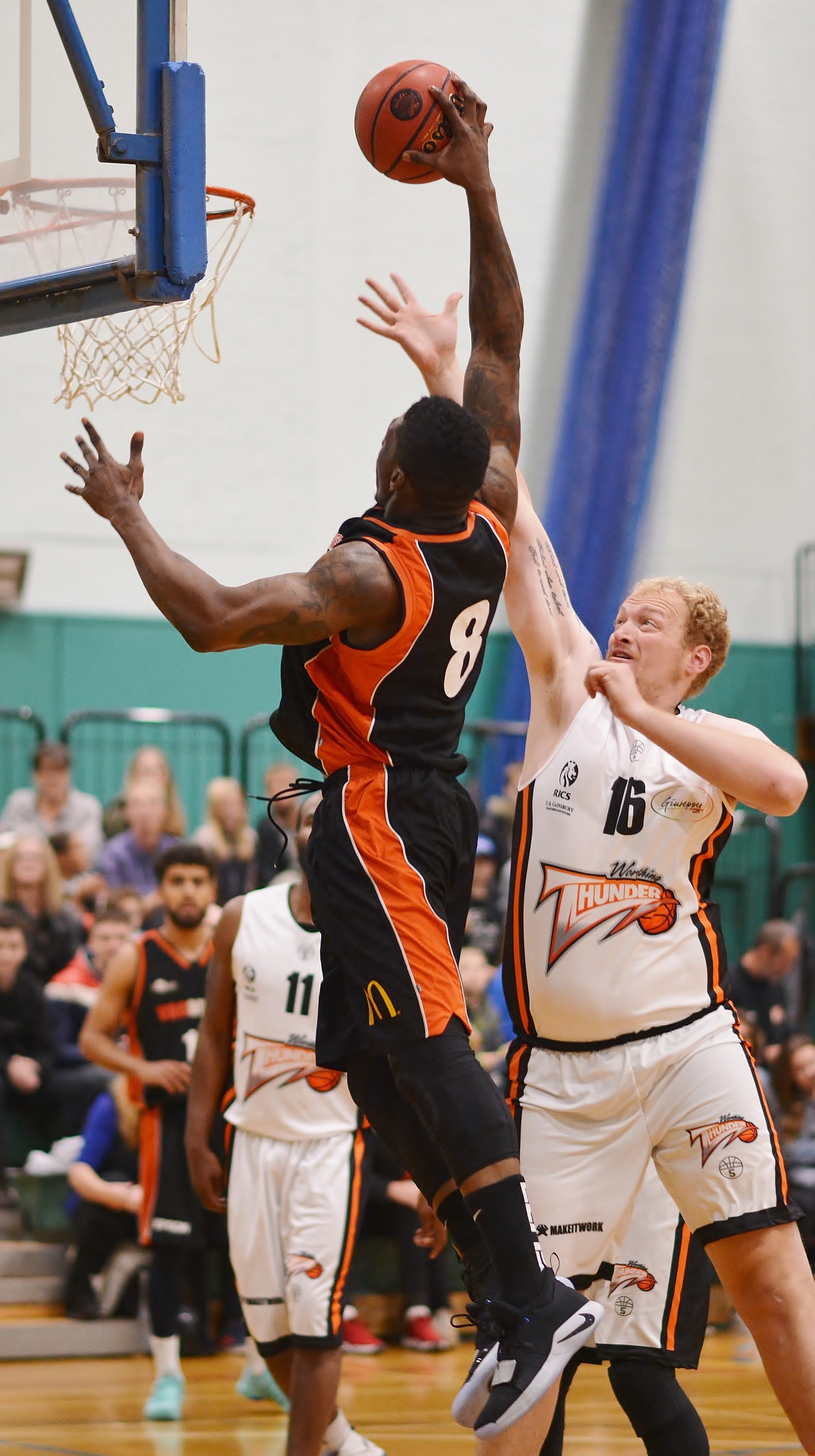 Associate Head Coach, Dave Titmuss said: “Our League form is disappointing but we’re working hard to turn things around and on Sunday we were determined to defend our home court and our title.

“Our effort and tactics in that game-changing third period especially gave us a glimpse of what this season’s team is capable of.”

The Cup victory was all the more impressive given that Storm played away the night before against the undefeated League leaders Solent Kestrels (7 – 0) and lost 58 – 78 to a late run in the fourth quarter.

Storm are at Hemel Leisure Centre on Saturday 1st December against Nottingham Hoods, tip-off 7.00pm. For tickets go to the tickets and shop tab above.

Hemel Storm second team’s recent run of form came to an abrupt end with a 30 point loss away to Southwark Pride.  It was clear from the outset that Hemel were in for a tough afternoon as they struggled to find their rhythm at both ends of the court.  Southwark raced to a 14 point half time lead which could have been much more had they not squandered numerous fast break opportunities.

Storm were unable to stem the onslaught in the second half and slumped to their worst defeat of the season.

Hemel Coach David Allin commented: “Today’s performance was very disappointing, we didn’t play anywhere near as well as we have been – we just made far too many individual and collective errors.  But games like this highlight our deficiencies which we’ll work on ready for next week.”

Storm II are at JFK School on Sunday 25th November against Canterbury Crusaders, tip-off 5.00pm. Tickets available on the door.